TAKE ANY WELL-MEANING ADVICE WITH A GRAIN OF SALT

Just because your best friend loves her glass wand and has the best g-spot orgasms ever with it doesn’t mean the same is going to happen for you. Sex toys are not miraculous orgasm machines, no matter how many reviews you read about the latest, hottest product on the market. Our bodies are all completely different and will respond differently to stimuli. Look beyond the gushing praise to the specifics of how a toy works so you can judge if it may be a good fit for you or not.

START SIMPLE AND WORK YOUR WAY UP

You don’t need to drop a lot of money to figure out what works for you. There a so many inexpensive good quality toys on the market now that you may never feel the need to explore those sexy luxury toys. But, if you do want to upgrade and spend the money on something that will last for years, you will have a wealth of product experience under your belt to help you make an educated decision. My first rabbit vibrator was a cheaper knock off version of the Rabbit Habit Deluxe that became famous after it was featured on that episode of Sex and the City. It taught me that I really liked rabbit vibes but didn’t really care for the rotating shaft with the beads inside. But, that experience taught me about rabbits and now I’m about to try the LELO Ina Wave, which promises to have all the things I like without the things I don’t.

THROUGH TRIAL AND ERROR YOU MAY SURPRISE YOURSELF

The Magic Wand was a gift and, like I said earlier, it made me numb when I first tried to use it. But, through using other vibes and figuring out what works and what doesn’t, I gave it another go and discovered I loved it – just not all the time. I even picked up an insertable silicone attachment for it, called the Gee Whizzard which turns it into an insertable powerhouse. I never would have gone back to it if it wasn’t for what I learned about my body from the vibrators that came before. 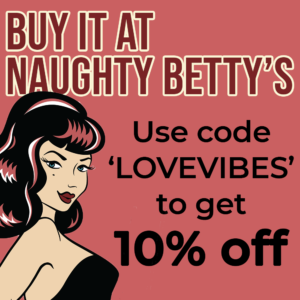